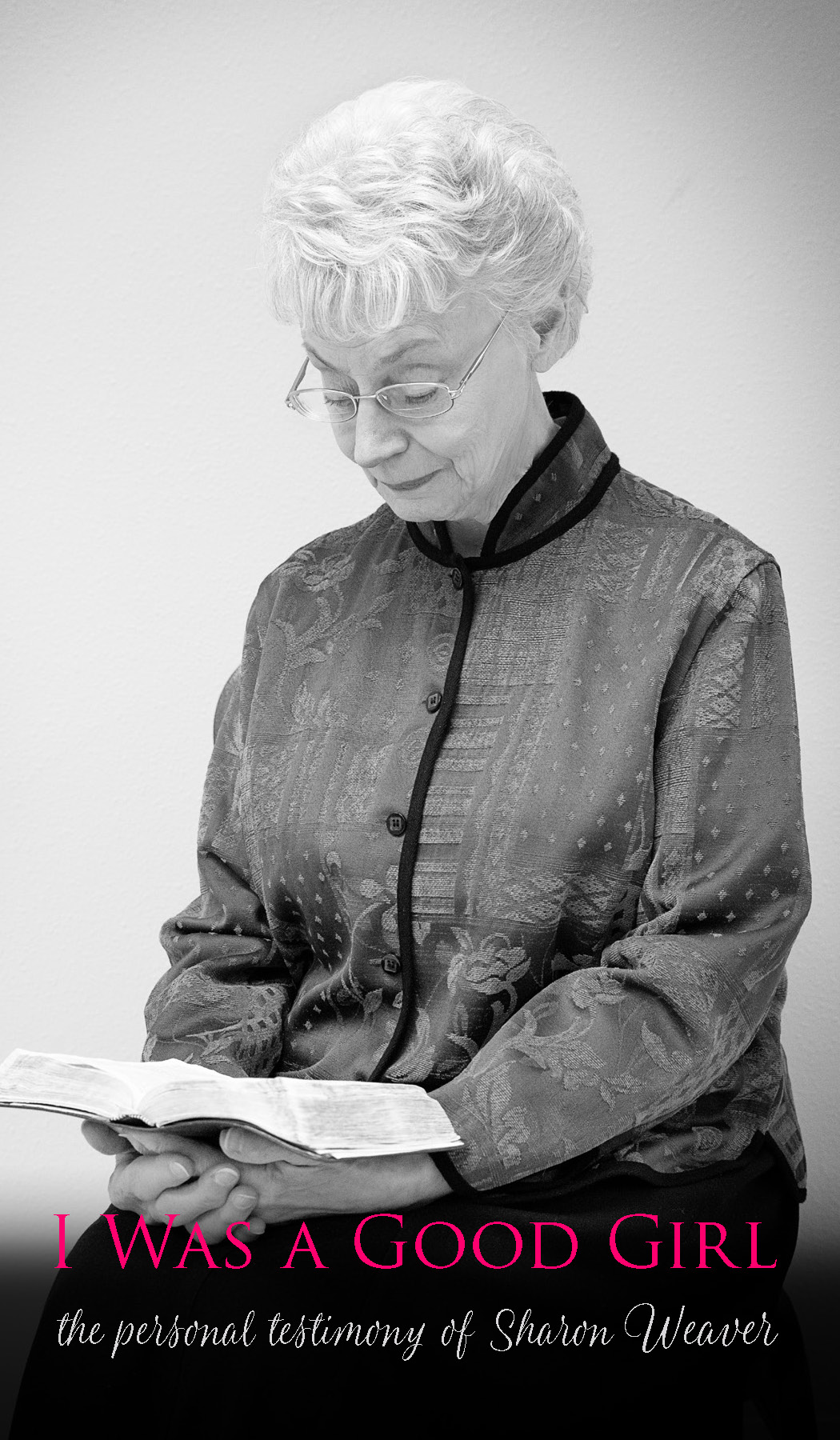 I was a good girl! At least that is what I heard most of my growing up years. I was raised in a Christian home and attended a good Baptist church. I am thankful for that, because of how these influences probably kept me from doing or trying a lot of negative things with which I might otherwise have been involved. I made a profession of salvation when I was about nine years old, and was then baptized. I remember the baptism but I DO NOT remember ever realizing I was a lost sinner, or praying and asking the Lord to save me. Through the years, I served in many areas at church: I sang in the choir, taught a Sunday School class, and served as a counselor at a summer Bible Camp. I DID so many things, and never really questioned whether I was truly saved or not.

Later, I married Don, who was in the Air Force, and so we lived in many different places and attended sound, Scriptural churches when we could find them. We were stationed in Florida, serving in an independent Baptist church there, when I first remember hearing that if a person cannot go back to a time when he/she saw himself/herself as a condemned sinner, repented of sin, and trusted the Lord Jesus Christ for salvation, that person was not saved! My first thought was, “Of course I am saved.“ I could not tell anyone when or how I was saved, but after all, I had lived my entire life living as though I was a true believer, a born again Christian. Who were they to tell me that I was not saved? I put it out of mind and just continued being the “good girl” I had always been.

I came to realize this was my own pride! If I actually admitted that maybe I was not saved, what would people think? After all, everyone who knew me assumed I was saved. I never did deal with the issue, and just kept living as though I was a genuine Christian. This went on for almost two years! Our next military assignment put us in Colorado, and we found an independent Baptist church that had been recommended by a preacher who was good friends with my uncle, also a preacher. Once again, I was confronted with the message that if I could not remember a time when I saw myself as a sinner, repented of my sin, and asked the Lord to save me, I was not saved. (After all, why do people need to be SAVED, unless they realize they are LOST?)

Sadly, I continued to fight against this message and the Holy Spirit conviction it brought, because of my pride. Too many people viewed me as a born again believer. After all, look at everything I was doing! I am afraid it is a common error, for people to think they know Christ, only because they believe they have a certain level of spiritual performance.

In April of 1974, we were about to move again, and I was sitting on my couch having my morning “devotions,” as I always did. Suddenly, I stopped and actually said to myself, “Sharon, you know very well what you need to do.” The Lord confronted me with my pride and lost condition, and right then I repented of my sin, and in faith asked the Lord to save me! What a blessing it was to KNOW that I was saved! Romans 8:16 says, “The Spirit…beareth witness with our spirit, that we are the children of God.”

We moved that same month to Little Rock, Arkansas, where we found another independent Baptist church right away. There, I made it known that I had been saved by God’s grace and soon followed the Lord in Scriptural baptism (which every true believer should do), according to God’s Word. God in His grace made sure that I heard the truth, and I am so thankful that He kept bringing me to places where I could continue to hear it, so I could eventually see through my religious, self-righteous pride, and be truly saved!