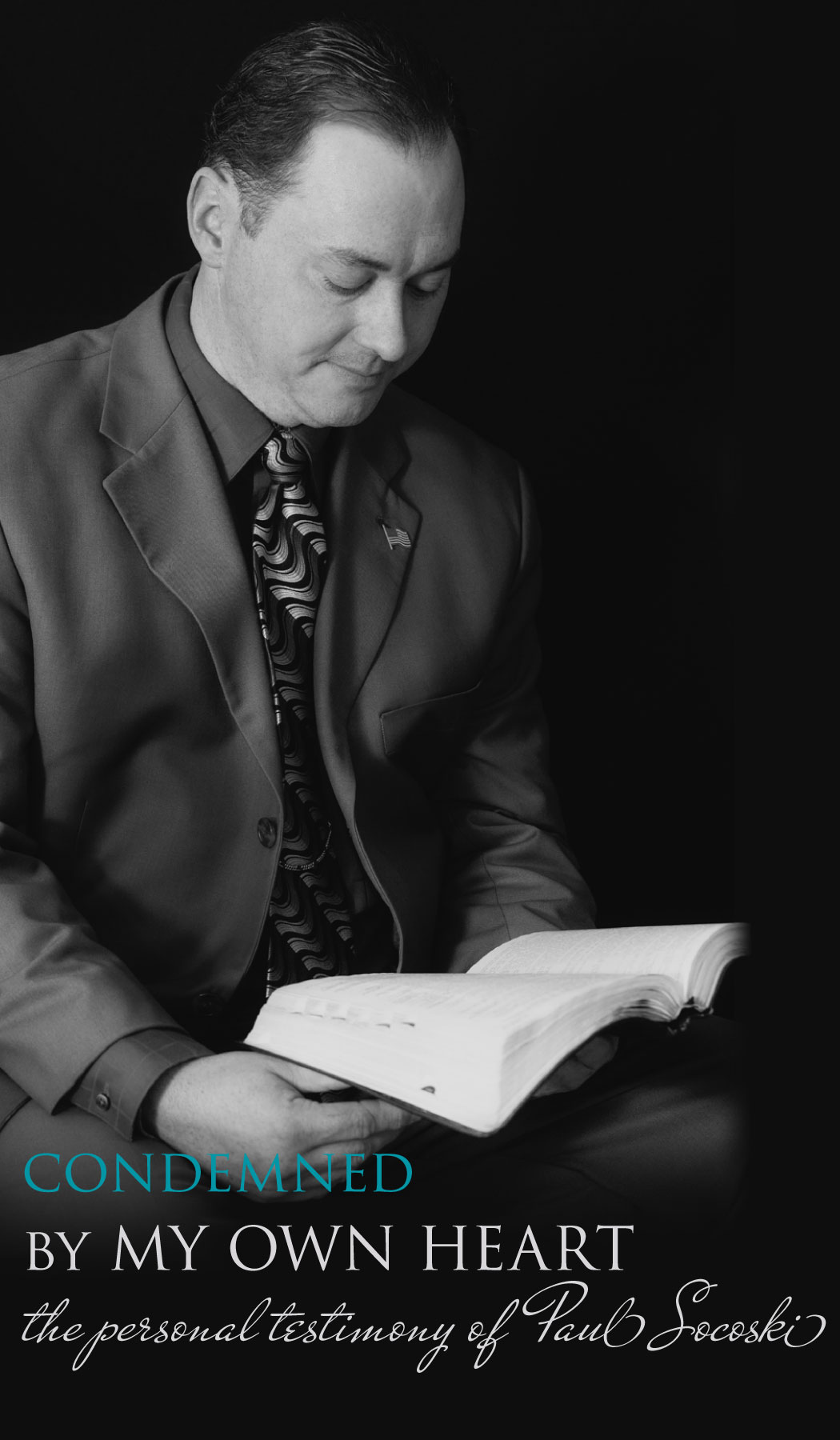 As a six-year-old boy growing up in Pennsylvania I had my first experience with the grim reality of death when my grandfather passed away unexpectedly. My grandfather’s death naturally raised a lot of questions in my mind. What happens after you die? Where do you go after you die? Why do we even have to die?

My family started attending church when I was seven years old. Going to church helped to lay the foundation for living a “good” life, but it also raised more questions than answers. I was taught that Christ had died for our sins, but if we sinned just before dying we could still go to hell. This frustrated me, especially as a teenager, because it was obvious to me that I could not live a sin-free life. I knew I was imperfect and most certainly a sinner, and therefore feared the reality of hell.

Several years passed and by the age of nineteen, I joined the United States Air Force. My first duty assignment was to Grand Forks Air Force Base in North Dakota. As a young impetuous airman, on my own for the first time, I felt I could live my life pretty much how I wanted. After some time, I had become friends with another young airman who soon invited me to church.

The first time I visited the church, I was impressed by the friendliness of the people, but I was even more surprised by the preaching. The preacher spoke as one with confidence in what he believed and he referred to the Bible regularly. He preached a gospel message about how Jesus Christ died for our sins. I had heard this all before, but then the Lord really got my attention. The preacher spoke of when Christ was crucified and died for our sins He died for our past, present and FUTURE sins! I was immediately taken back to my prayer as a sixteen year old. Was God finally answering my prayer?

The pastor preached how when Christ was crucified and died for our sins, it was over 2000 years ago. All of our sins at that point were future sins. Over time, I continued to visit the church, soaking up every bit of knowledge and doctrine I could.

One evening after a church service, the youth director wanted to go to dinner and fellowship with the singles’ group. This was a common practice, and many of us joined in for a meal. Shortly after arriving at the fast food restaurant, the youth director suggested that we go around the table and each share our salvation testimony. One by one, each individual shared how the Lord worked in their lives to bring them to salvation, and it became clear to me that I did not have a true salvation testimony. By the time it was my turn to give a testimony, I was completely and visibly shaken and knew I did not have what these people had. I struggled to give a lame and poor account of God’s working in my life, but I knew it was a lie.

Several more years passed and I convinced myself that I was okay and I was a good person. The preaching of God’s Word would often convict me and point out that my sin was not forgiven, and if I died I would go to hell, yet I would argue within myself, trying to convince myself otherwise.

In 1996, I decided to spend the entire week at our church’s Family Camp. After an intense week of preaching and introspection, I was looking forward to the last evening service. The preacher started by saying he was going to preach on the most deceitful thing in creation. This thing was more deceitful than even Satan himself. What could be more deceitful than the devil himself?

We turned in our Bibles to Jeremiah 17:9, “The heart is deceitful above all things, and desperately wicked: who can know it?” There it was! The heart was deceitful above ALL things! In one verse, the Lord pointed out my entire problem. My own heart was lying to me. My own heart was telling me I was okay, when God was telling me I wasn’t. My heart, if it had its way, would send me to hell.

At that moment I knew I was lost and I knew I needed to deal with my sin problem that night. I could hardly wait for the service to end. After the service I called out to the Lord in prayer. In faith and repentance, I asked Him to forgive me of my sin and to cure me from being a hypocrite. On July 5, 1996, I was saved and became a child of God through Jesus Christ the Lord.