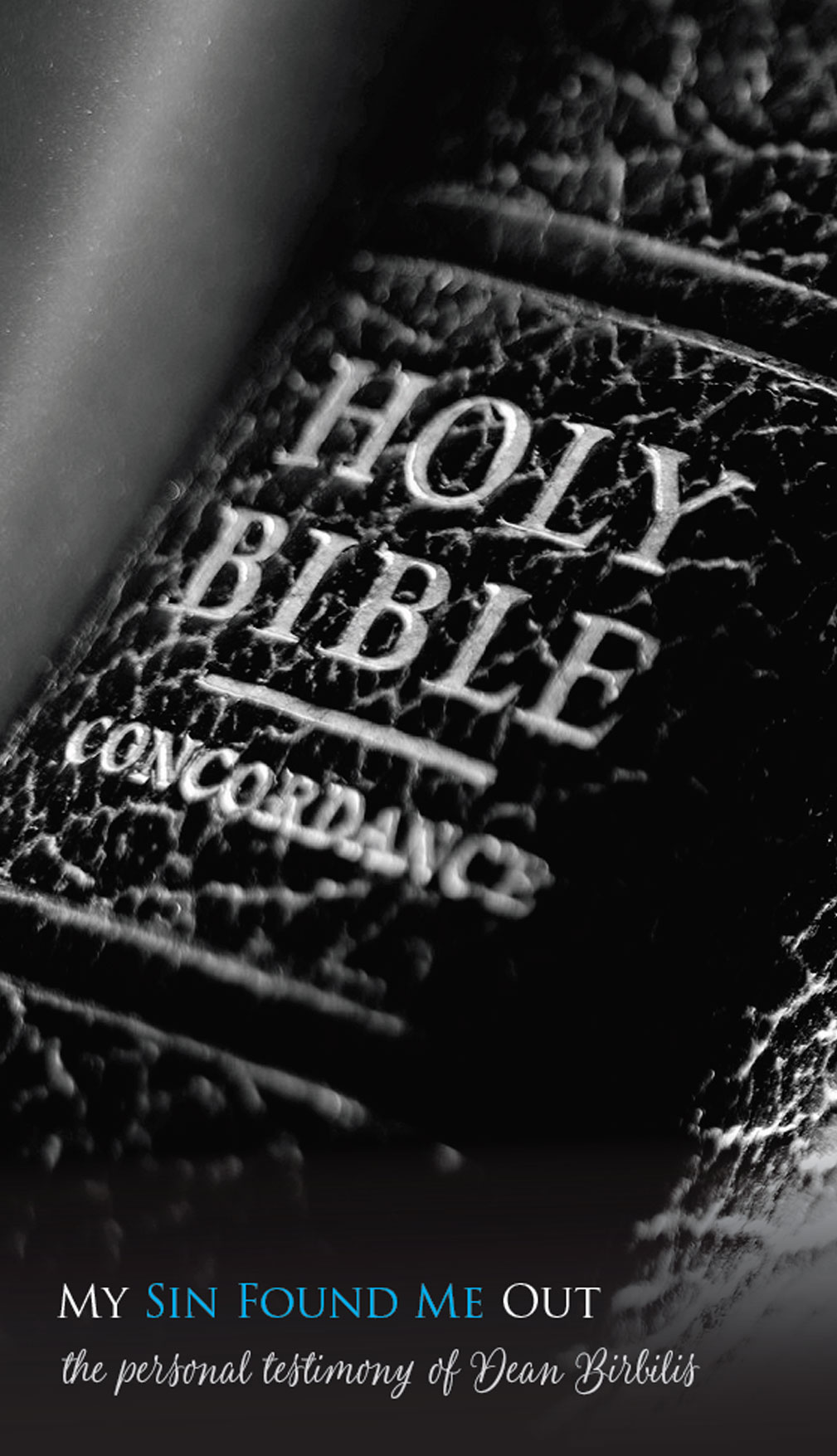 I grew up attending Greek Orthodox Churches. My family did not attend services each Sunday, but even so, I served as an altar boy for a short time. I possessed a King James Bible I received as a nine-year-old. I read the Bible, on occasion- mainly famous Bible stories- but I did not grow up with a solid foundation where prayer and independent Bible study were emphasized in the home.

I enlisted in the U.S. Army and left for Basic Training six days after graduating from high school. At the age of 18, being on my own for the first time, I dabbled in sinful behavior as I was surrounded by worldly influences, did not know the Lord, and was not grounded in a good Bible preaching church. I found myself immersed in reckless behavior, but I was spared the consequences – at the time.

After being honorably discharged from the U.S. Army, I attended college. While in college, I continued in my sinful behavior. I remember two distinct times in college when I rejected the Gospel. The first time was my sophomore year, during football training. I contemplated committing suicide, and attended a church service the following Sunday, where I heard the Gospel preached. I rejected the invitation, and did not continue attending church, as I thought I knew what I was doing. The second occasion was in my junior year, when I met with one of my professors in order to apply for an internship. He asked me about eternity and some other Biblical principles. I did not answer favorably, revealing my lost condition. I rejected my professor’s attempt to witness to me. I thought I had things figured out, and that I did not need a relationship with the Lord Jesus Christ.

After graduating from college, I sought a career in law enforcement. During the application process, I did not disclose past sins that would not have necessarily disqualified me from being hired into a position of trust. I continued to live in sin, and despite enjoying some occasional career successes, I thought I had things figured out and did have a need for the Lord in my life. After three years of my law enforcement career, I applied to another law enforcement agency. The application process required a polygraph examination and a security clearance. Before my polygraph examination, I disclosed the past sins I withheld from my initial application. Subsequently, the agency did not hire me because they would not grant me a security clearance – I felt that I had a black cloud over my head. I felt threatened of potentially losing my current position in law enforcement due to my sin.

After the tragedy of September 11th, a new law enforcement agency was formed and needed personnel with law enforcement experience to fill its ranks. I was hired for this position and was given background investigation waiver, while pending adjudication for a security clearance. The black cloud of my past sin was still hanging over me, but I reasoned that I could overcome this issue. In September 2003, over a year after employment with this new agency – my sin “caught up” with me. I received a letter in the mail from my agency stating that my security clearance was not favorably adjudicated, and I had to explain why the previous agency that did not hire me, also did not favorably adjudicate me for a security clearance.

My life was now taking a downward spiral, and I sensed that my career would probably end. I wrote a four-page letter outlining my mistakes. Soon after the submission of my letter, I was placed on administrative leave. I had dug myself into an immense pit, due to my bad choices and decisions. A friend of mine, who was not saved, recommended I go talk to a priest.

On October 23, 2003, I drove into the parking lot of a Baptist Church in Artesia, New Mexico. I spoke to one of the Associate Pastors. I explained my situation to him. He asked me if I was saved and he explained to me what it meant to be saved. He explained the importance of salvation, repentance, and knowing the Lord Jesus Christ. I accepted the Lord Jesus Christ as my Savior that day – I was 35 years old.

From that day forward, the Lord began working to rescue me from the pit I had created for myself, through His grace and mercy. I went through three years of turmoil, but the Lord used this time to work on me. I did not know what my future would hold. Eventually the Lord restored me in the career that I lost, due to my poor choices, and the black cloud that was hovering over me was gone. If I had known the Lord earlier in life, and walked daily with Him – I could have been spared the destruction I experienced.

I am so thankful that I know the Lord, now, and that He has delivered me from my sinful life and bad choices!