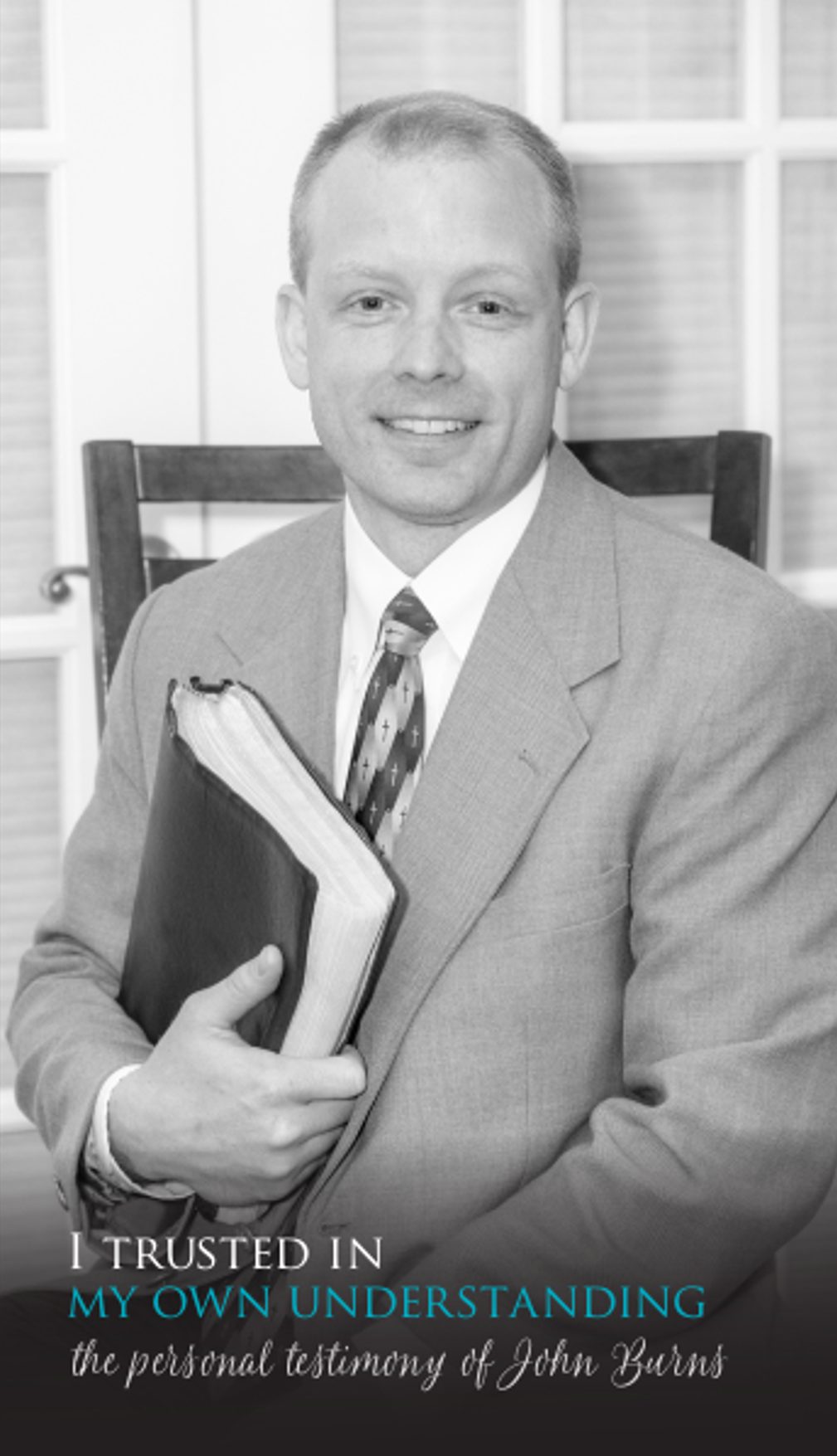 The earliest recollection of God working in my life was as a seven year old boy. I stood at my father’s casket and I wondered, “where has he gone?” I wondered where I would go for all eternity. I did not know why my father had to die so young, but I did know that God had taken him. Hebrews 9:27 “…it is appointed unto men once to die, but after this the judgment.”

It was a short while before my father’s unexpected death that I asked my dad when he would die. I vividly remember the question and answer. Dad responded, “when God is ready for me.” Though I wasn’t immediately angry with God for taking my dad, I did feel like God had ripped from within me a portion of my life and happiness without my permission, and without an explanation. I could not understand why God would hurt me so deeply, and for this reason, I slowly became angry toward God and the world. As though it were a scene from a movie I recall the first time I cursed God’s name. I looked toward heaven from my bedroom window and cursed at God; I was around the age of 10 at the time.

As I grew older, I had no one with any authority or assurance that could answer the questions I had about death and what follows, or to explain the hurt and emptiness I experienced within. I longed to know why God took my Father, and what would happen to me when I died. I was only told my dad was a “good guy” or a “good friend” and so he was okay, but thinking positively doesn’t settle one’s eternity. As I grew older, I decided my thoughts and opinions were as good as religious teaching, so I just depended on my own understanding. Though outwardly I seemed “good” or “content” to others, inwardly, I was full of anger and hate, resulting from the hurt I held within.

My hurt and anger inside intensified with age. As a teenager, I found a channel for this internal aggression through sports and weight-lifting. The environment that accompanied sports also led me to worldly pleasures, among which were the consumption of tobacco and alcohol. Though I tried to find fulfillment, nothing I did could satisfy the tremendous lack of peace, or solve the abundance of aggression that was present within me. Isaiah 48:22 “There is no peace, saith the Lord, unto the wicked.”

While I was attending college, God graciously provided answers for the questions that had plagued me from childhood. A friend’s dad asked me where would I spend eternity when I die. Trusting my own understanding, I answered I would go to heaven, because I reasoned I had done nothing to deserve hell. Though outwardly I answered with confidence, within I knew my answer lacked assurance and authority because it was based upon my own understanding. Growing up, I came to believe that Jesus Christ died to make a way to heaven, and that each person, to the best of his ability, had to be good, in order to get there. Such teaching, however, is man’s opinion, rather than Bible truth. Romans 6:23 says, “For all have sinned, and come short of the glory of God;” I attended church with my friend’s family, so the Pastor could give me a Bible answer to my questions. During this visit I experienced something for the first time in my life. The Pastor opened God’s Word and, with the authority and assurance contained within, he explained to me how I could know that Heaven would be my eternal home. I listened with great intensity, and I was fearfully stunned to realize that the Bible taught I was condemned to hell, already. My understanding of my sin and God’s righteousness and God’s judgment were wrong, according to the Bible. The Bible reveals that I was born in sin and, as a result, condemned to eternal separation from God (Romans 5:12). For the first time in my life, I was convicted of the eternal condemnation that my sin deserved. Furthermore, the Scripture revealed that my good works could never earn God’s forgiveness (Ephesians 2:8-9).

This understanding had a terrible effect on my soul, and I feared God’s judgment. It was this conviction that caused me to accept what the Bible declares and to stop trusting in my own understanding. By choosing to agree with what God reveals in His word, I changed my mind about my sin and good works and placed my full trust in Jesus’ death, burial and resurrection for my forgiveness. With my heart, I believed unto righteousness and called upon the name of the Lord Jesus Christ for salvation (Romans 10:9-10). I now KNOW I have eternal life, and His peace dwells within me where hate and anger once raged. Will you trust Him too? Proverbs 3:5 says, “Trust in the Lord with all thine heart; and lean not unto thine own understanding.”