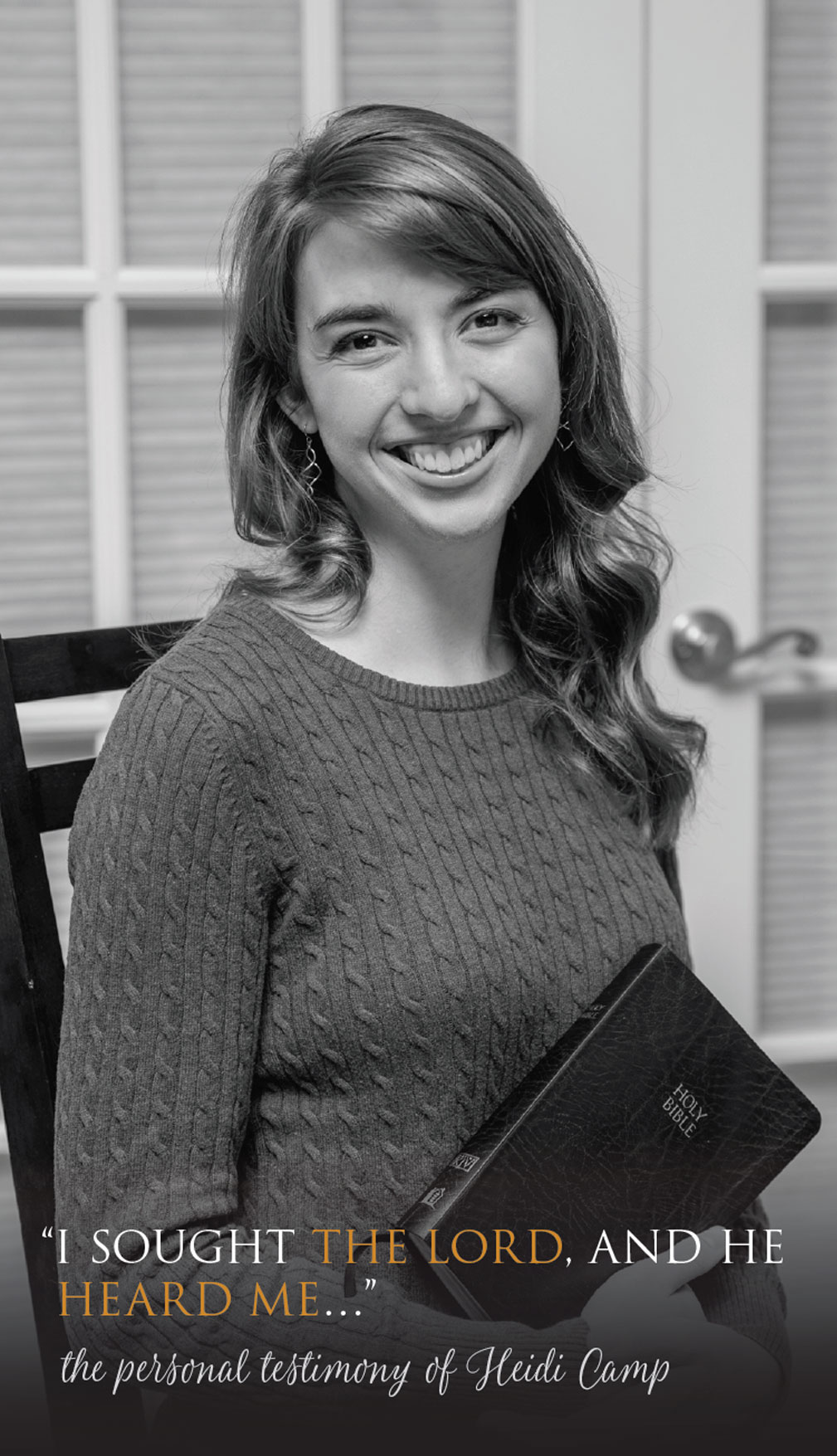 At a very early age, I recall wanting to be saved. Growing up in a Bible-believing church, this desire was not surprising. However, I saw that salvation “happened” to other people, but would it ever happen to me? For years, that seed of doubt would remain planted firmly in my heart.

As a 9-year-old girl, at our church Bible camp, I remember begging God to help me and show me what I was missing. Why couldn’t I get saved when I prayed? What was I doing wrong? One of my counsellors asked if I would still trust that God would show me the truth and bring me to Himself when He knew it was the right time. I struggled with understanding why I couldn’t be saved, then. Little did I know, there was so much that I had yet to understand.

The next year, at Bible camp, I saw a glimpse of my sin and just how wicked my heart really was. Jeremiah 17:9 says, “The heart is deceitful…” I prayed one night, after a convicting sermon on sin, and asked God, yet again, to save me. I would hold on to that profession, believing that I “did everything right”, so of course I was saved…right? Wrong. Turmoil continued to plague my soul and steal the peace that I tried to convince myself was there.

The next few years were the hardest. A pre-teen/teenage girl, struggling with doubts, riddled with fear, and hopelessly confused, made for the perfect storm. I cried myself to sleep more times than I could count, praying for sleep to come so I could forget the miserable reality daylight brought, yet terrified of the nightmares of Hell that would haunt me after falling asleep. My outwardly pleasant life was inwardly horrifying.

During those years, my mom was an anchor for me. Many nights we would talk about where my heart was—the fears, the struggles. Mom and I would pray and cry together. Often, she would say, “Ask the Lord to show you the truth.” But that was not what I wanted to hear. I wanted her to tell me that everything was okay, but she knew that only God could give a fuller assurance than any person could provide. One particularly difficult time, she told me God must have a special plan for me, because Satan was fighting so hard. That was the glimmer of hope that kept me looking up through many dark nights.

Time pressed on, and soon Teen Camp would be an annual week filled with spiritual conflict and conviction. By this time, it was well known that I was lost. Those were trying days. Confusion never seemed so overwhelming, and hopelessness, never so real. After nearly every evening service, I sought someone out for counsel. Two years of the same scenarios, the patent answer was becoming clear. “There’s nothing more I can tell you, Heidi.” “You know what to do.” But did I? I was scared. I tried before. It never worked. I could not bear the thought of “trying” again, with no results. One night, around midnight, as I was desperately searching my Bible for answers, God blessed me with Mark 5:36b. “Be not afraid, only believe.” To this day, I think He placed that in His Word just for me that night.

One year later, at Teen Camp, I faced the same struggle. Exhausted, defeated, afraid, and hopeless, I fought this spiritual battle for four days. I remember sitting with a friend one night, reading Hebrews 11, trying to understand faith, and screaming “Satan, get away from me!” I panicked, begging my friend not to leave me now, knowing that I could not save myself. I needed help, someone to tell me what I was missing. I was desperately hopeless and paralyzed by fear.

Another evening, my youth director told me that salvation has nothing to do with “feeling” saved, and everything to do with trusting God. A friend reiterated those same words the following morning, quoting Numbers 23:19a, “God is not a man, that he should lie;…”

“The Lord is not slack concerning his promise, as some men count slackness; but is longsuffering to us-ward, not willing that any should perish, but that all should come to repentance.” (2 Peter 3:9)

Jesus Christ completed the work when He shed His blood on Calvary. I did not have to change anything, try harder, or “muster up” enough faith. I finally realized I did not have to DO anything at all! Christ finished everything!
“For by grace are ye saved through faith; and that not of yourselves: it is the gift of God:”—Ephesians 2:8

As I stood alone in a little, white chapel, I told the Lord, “it’s just you and me.” No one was there to “help”. After 6+ years of asking God to show me the truth, when all hope seemed lost, I finally found HIM—the TRUTH. At long last, I saw that salvation is about faith in God and yielding to Him, rather than my own understanding. On August 21, 2014, I accepted “so great salvation” as my very own. And now “I’ve a peace that has come here to stay”!