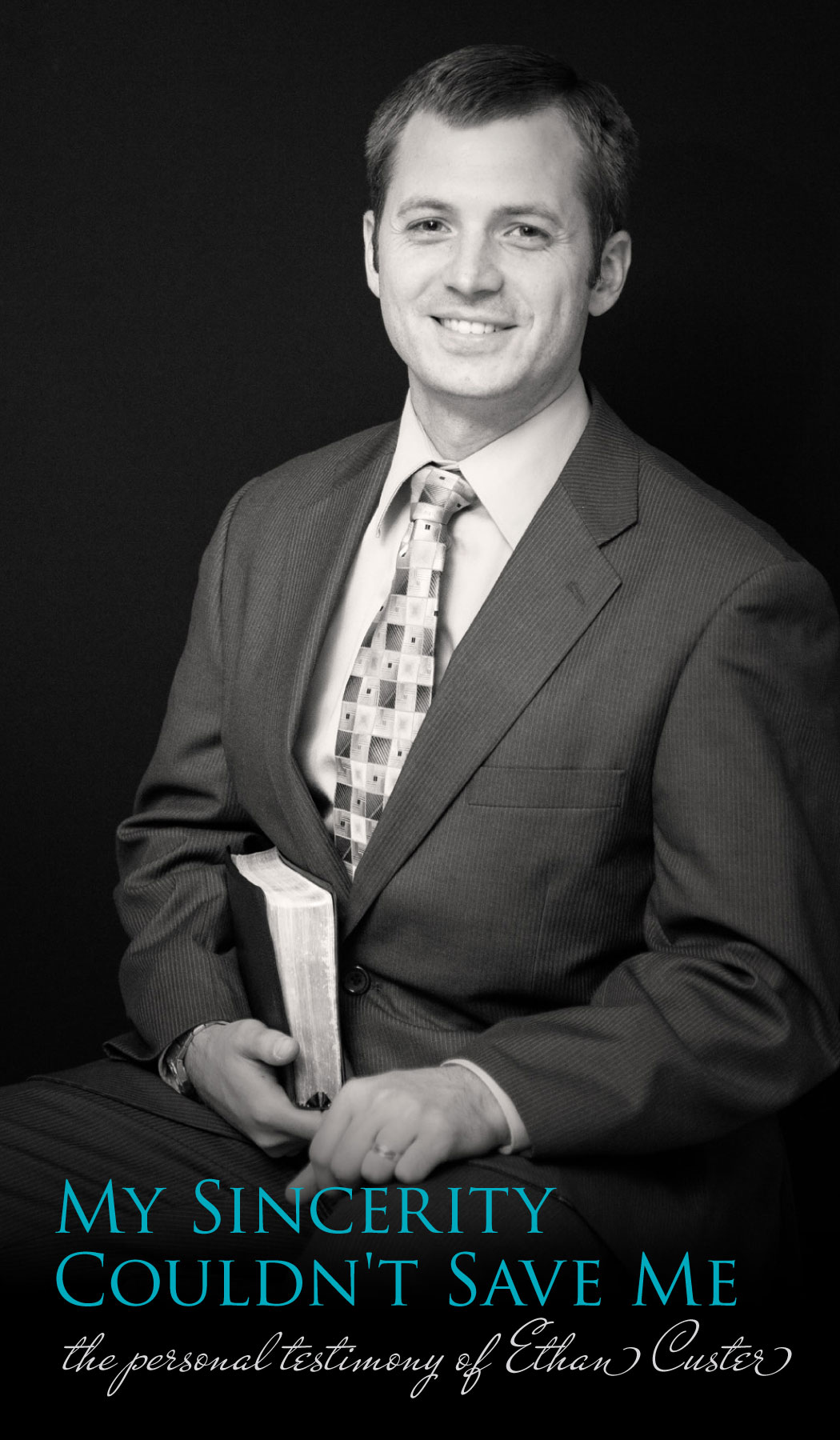 Growing up in a Baptist pastor’s home didn’t make me a Christian, nor did it make me any better than any other kid. My name is Ethan Custer, and this is my story.

My father has been a preacher since before I was even born. As one might imagine, this vocation comes with great demands, which affected our whole family, not just my father. However, I received many blessings as well, not the least of which was the privilege to be raised by Godly parents who were well-educated in the Bible—my mother also graduated from a Christian college.

From an early age, I learned the Bible defines sin as the breaking of God’s law. 1 John 3:4 says, “Whosoever committeth sin transgresseth also the law: for sin is the transgression of the law.” I knew that we are all sinners without excuse. While I did not understand or know about every kind of sin that exists, I knew I lied, disobeyed, was disrespectful to authority, and more. I knew that if God judged me for my actions, I would not deserve Heaven, but hell.

Even at the age of 8, I was frightened of spending eternity in hell, and was genuinely grieved over my sinfulness. I remember weeping and saying how I just wanted to be saved. In spite of my tender heart and sincere desires, I was still an enemy of God, and deserving of His judgment, as the Bible says in Romans 8:7-8, and Romans 6:23.

Shortly after my 9th birthday, I attended summer camp for kids. With rustic accommodations, great meals, and lots of kids to play with, it was shaping up to be a fun week. In addition to the games and fun activities, we had Bible teaching every morning and evening. It was in the evening services that the Lord began working in my heart.

The preacher used the evening services to show us what the Bible has to say about hell. Each night continued where the previous night’s message left off. As the week progressed, the horrors of this eternal place of damnation impressed themselves on my mind. I knew that was my destination, and I was frightened. Even as a young boy, I did not feel safe and secure, content to “live a little” before I got serious with God. James 4:14 says, “Whereas ye know not what shall be on the morrow. For what is your life? It is even a vapour, that appeareth for a little time, and then vanisheth away.”

The preacher’s message on the third evening of camp impressed itself on my mind. As my fear and dread of going to hell grew throughout the message, I considered my response. I had no questions about my sinfulness—I knew I deserved to go to hell, and knew I would, if I died in my lost condition. At the end of the message, the preacher asked all those who wanted to learn more about salvation to leave their seat and come to the front of the auditorium. I was experiencing an inner struggle at this point. This was not brand new to me; in fact, God had been pricking my heart about my condition in the months leading up to camp, but I had resisted because of the attention and embarrassment of going to the front of the entire crowd, even though everyone had closed their eyes out of consideration for those like me. That night at camp, I was clearly faced with the choice to leave my seat and choose God in salvation, or to choose my own momentary comfort and reject God’s invitation. That night, I chose myself and my own comfort. After the service ended, I no longer felt the conviction and guilt over my sinful condition, and I ran outside to play with my friends.

The preacher continued his series on hell the next evening, and the conviction from the night before returned, but more intense this time. All I could think about was my sinfulness and need of the Saviour—Jesus Christ. When the preacher ended his sermon and invited to the front all those interested in salvation, I could no longer resist. I was so sick of resisting God for the flimsy reason of embarrassment. Yet as the question came to mind, “What if people see me walk forward?”, I knew that if it were possible for the entire world’s population to watch me as I left my seat and walked to the front of that campground auditorium, even that humiliation was nothing compared to my desperate need for the Saviour.

It was then that I finally surrendered my will over to God. I had long acknowledged my sin, and I didn’t want to keep it. Yet, even as a preacher’s son well-trained in Biblical truth, I still had not surrendered my entire being to God. I knew the truth in my head, but I had not acknowledged it in my heart. It was not until I gave up and gave in to Christ, that I turned my life over to God for Him to control. At that moment, I was born into His family, and was given the promise of eternal life. I’m so thankful to God for His wonderful gift of salvation!