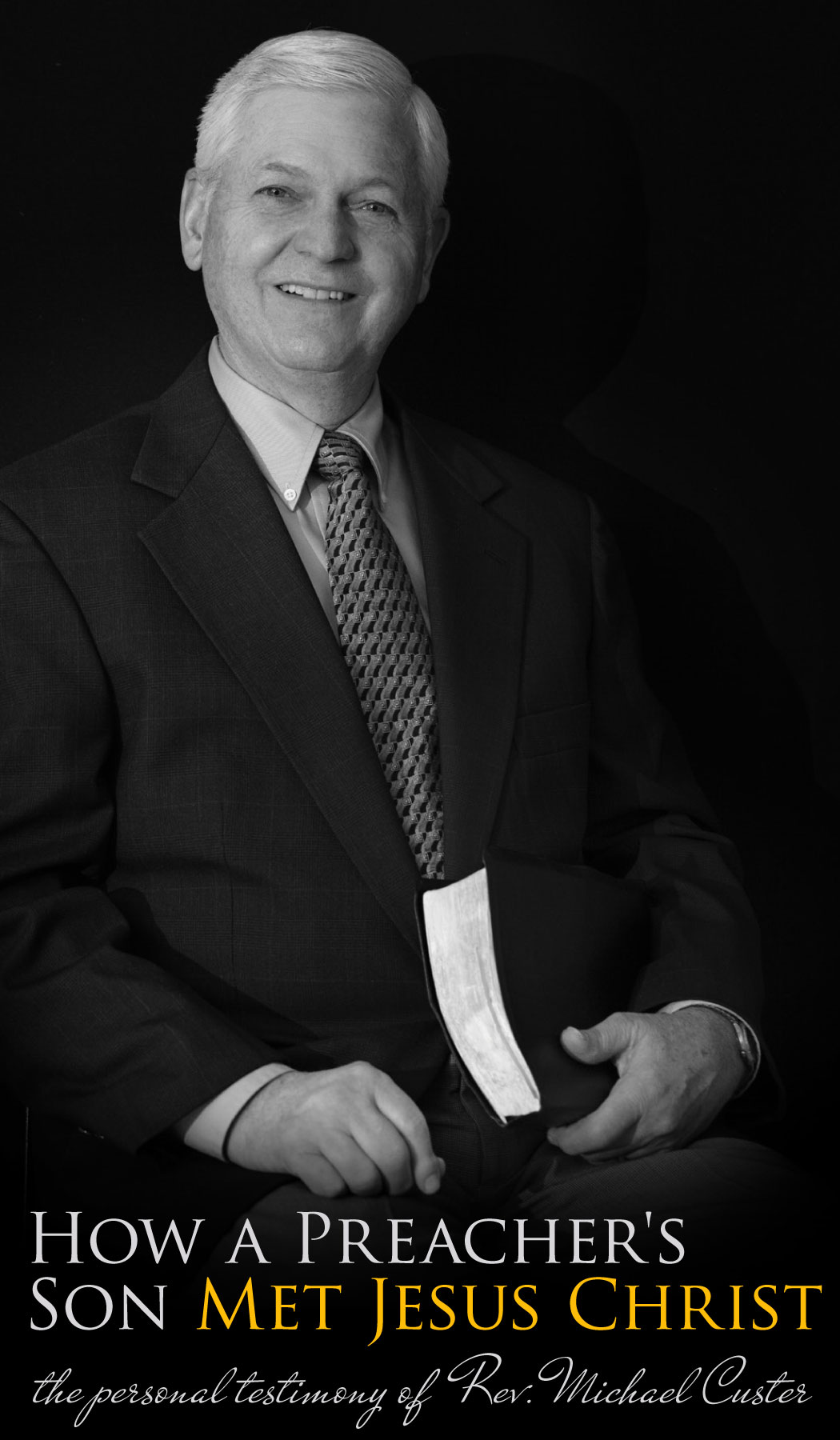 As long as I can recall–probably since I was 3 or 4 years old–I have been a regular church attender, usually twice on Sunday and once for a mid-week service. As a child, I recall earning a pin for one year’s perfect attendance in Sunday School, several years running. (And this was in a church that had Sunday School 12 months of the year!)

By the time I began 2nd grade, our dad moved the family to the Southwest to begin a new congregation in Nevada, and from that day on, I had the distinction of being a “PK” (Preacher’s Kid)! I was very involved in church activities and ministry, and of course, this was expected of the pastor’s family. I was even conscientious about having right attitudes, submitting to my parents, and doing what was expected of me, yet honesty would have revealed my sinful heart. By the time I was a teenager, I had become a very accomplished “hypocrite,” appearing outwardly what I knew I ought to be, but secretly reveling in my selfish and wicked sin nature.

I remember at about 6 years of age, I responded to the “altar call” at the close of a church service and told a counselor that I wanted to be saved. Except for standing up with some other people at the front of the auditorium afterward, as far as I was concerned, nothing else happened that day. Even so, for years, I claimed that event as the day I trusted Christ as Saviour.

The Bible preaching to which I was exposed over the years continually challenged me to examine whether I was truly born again, and usually, I experienced serious doubts about my relationship with the Lord and my eternal destiny. Many, many times through the years, I prayed, “Lord, save me if I’m not saved already.” Years later, I came to realize the complete futility of such a prayer that knows nothing, admits nothing, and accomplishes nothing but to create more confusion. (You’ll never know you’re saved, until you have first known you’re lost!)

It was not until I was 16 years of age that I was finally willing to admit to myself–and anyone else–that I was not truly a child of God. Extremely burdened and convicted over my lost condition, sure that if I died in my present state I would go straight to hell, I awoke my dad in the “wee hours” of the morning and asked him to help me. That day I called on the Lord with complete and utter helplessness, yielding to God and trusting Him, by faith, to save and forgive me. I am so thankful that He saved me that day and I became a child of God. From that day till now–over 40 years–I have had the joy of knowing, loving, and serving Jesus Christ, my Saviour.

What happened? Why did I struggle so long over my salvation? Many would say I was a “good kid.” I never drank, committed moral sin, or cursed. I was not a shop-lifter, a smoker, a rebel, or a “punk,” but I, like everyone else, was a condemned sinner in need of forgiveness, and I could not be saved till I realized that being a “good kid”–even a PREACHER’S kid–could never make me right with God or account for my sin.

I had to be humbled and have my spiritual “blinders” removed, so I could see myself as God saw me: not as a religious youth, but as a guilty sinner who deserved divine judgment, just like everyone else! This is perhaps the most deceived and destructive state: one thinking he is “all right,” having had some kind of spiritual experience in childhood–and even being conscientious about doing what is right–but never having truly seen himself as a lost sinner under divine wrath, so as to bring about genuine repentance and the exercise of simple faith in receiving God’s Great Gift.

I am eternally thankful that the Holy Spirit showed me that even though I might have considered myself “good,” I was just like everyone else: a sinner in need of the Saviour. Indeed, God’s Word states that “we are all as an unclean thing, and all our righteousnesses are as filthy rags” before a Holy God (Isaiah 64:6), and that “all have sinned, and come short of the glory of God.” (Romans 3:23) Anything we may consider “human goodness” amounts to nothing before the “Court of Heaven.”

Because I was raised right, I believed right, and I tried to do right, I was inclined to think I was okay! God’s Word reveals I still needed forgiveness of my wicked sins; I still needed a Saviour; I still needed to see myself as a lost sinner, helpless and hopeless, but for God’s grace and mercy. Yes, Jesus Christ, God the Son, died for my sins, and I am so thankful He reached down to me, in love, to save me and make me His child forever! This same salvation is available to you, as well…