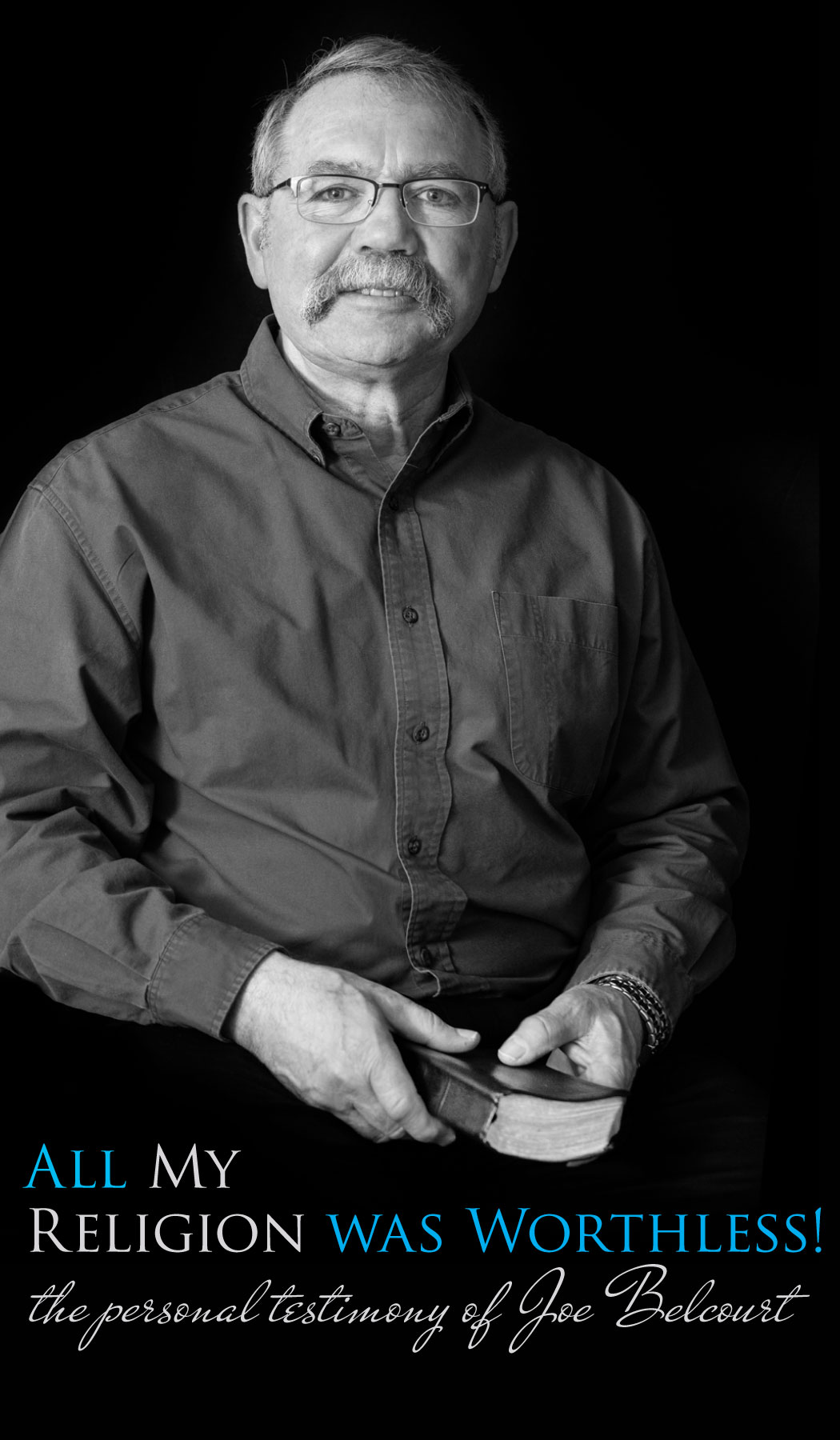 What a shock it was for me to find out that ALL of the religious training I had had would be of no benefit at death.

I was born into a good Catholic family and had done all the required rituals of my faith. I had been baptized as a baby, confirmed in my early teens and attended mass on the first Friday of every month. I served as an altar boy for 5 years. I graduated from a Catholic high school and also taught in a parochial school after college.

In my early twenties, I thought I had everything covered. I was so smug in my belief that when my in-laws came to visit us, they had to “bribe” me with a good meal so I would go to church with them. It was only after my oldest sister “got religious” that I even questioned what I was trusting for heaven. She would visit with me about how and why one needs to be born again, but I would, out of frustration at hearing what I didn’t want to hear, crush empty beer cans in her face. However, one night, after three years of her persistence and prayer, she did not argue with me, but quoted Scriptures, such as: “Marvel not that I say unto thee, ye must be born again.”(John 3:7) “Whosoever was not found written in the book of life was cast into the lake of fire.” (Revelation 20:15)

On the way home after that particular conversation, I stopped at the light at 4th and Cherry and my wife said, “What if she is right?” There was only ONE conclusion-I was going to hell if I died. I thought seriously for two weeks about the Lake of Fire, and knew that I had NEVER been born again. I decided one Sunday morning to go to the little Baptist church that my sister attended when she visited. I listened to preaching from the Bible and knew that I could NOT argue with the Bible. I heard, “For all have sinned and come short of the glory of God.” (Romans 3:23) I also heard, “For there is not a just man upon earth, that doeth good, and sinneth not.” (Ecclesiastes 7:20)

Realizing that I would go to hell if I died really caused concern. All the religious things that I had trusted did NOT count to assure heaven. I had always thought I was a pretty good guy, but that verse ran in my head- “not a just man that doeth good.” I knew that I had NEVER been born again and Jesus himself said, “Ye must be born again.” WOW, “YE MUST!” and I WASN’T! Then the preacher read John 3:18 where Jesus said, “He that believeth on him is not condemned, but he that believeth not is condemned already.” (John 3:18) That meant that if I continued doing what I had been doing, I would go to HELL. Doing nothing resulted in my condemnation. The preacher read a little further in verse 36, “He that believeth on the SON hath everlasting life: and he that believeth not on the Son shall not see life; but the wrath of God abideth on him.” (John 3:36) I knew right then that I wanted to be counted among those who believed, and I didn’t care what it took to avoid the wrath of God.

When the service ended, I went forward and a counselor guided me through the Scriptures, explaining how I could be born again. With repentance and faith, I bowed my head and asked the Lord Jesus Christ to be my Saviour. That date was September 18th, 1982. The Lord saved my soul and wrote my name in the Book of Life. Praise HIM!